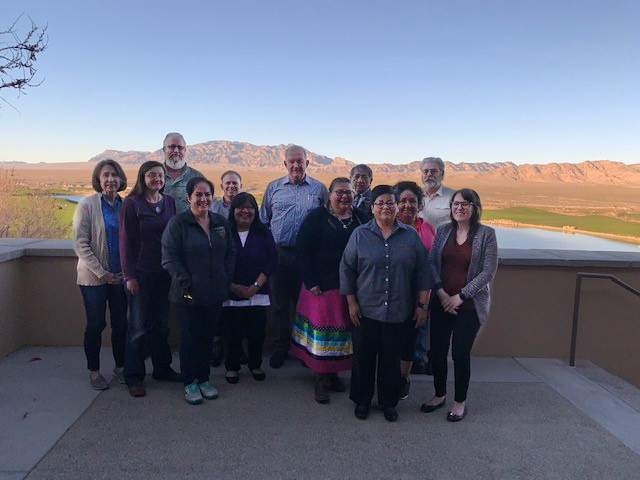 Throughout the US, State Historic Preservation Officers (SHPOs) assist public agencies with cultural resource preservation and compliance. In 1990, the National Park Service implemented a program through which federally recognized tribes with a reservation or tribal trust lands could establish their own Tribal Historic Preservation Officer (THPO) positions. THPOs can assume SHPO’s responsibilities on tribal lands, advising federal agencies on the management of cultural resources and working to preserve, maintain, and revitalize their unique cultural traditions. Qualifying tribes can take a more direct role in protecting and interpreting the cultural resources on their own tribal lands. A THPO can focus on the culture and landscape they know, making decisions that best serve their tribal community, culture, and history.

Tribes interested in becoming a THPO are required to submit a written resolution signed by the tribe, a THPO application form, and a program plan to the NPS for review and approval. The program plan describes how the THPO will administer historic preservation functions. Through the work and relationships developed during his tenure as the Bureau of Indian Affairs Western Regional Office archaeologist understood firsthand the incredible benefits available to tribes that attain THPO status, and he wanted to assist other tribes in taking steps to becoming a THPO.  To facilitate the process, The THPO with the Reno-Sparks Indian Colony THPO and the program manager for the NPS THPO program were recruited to conceptualize a workshop to assist tribes with completing their THPO application packets. The BIA called on Logan Simpson, bringing in archaeologists to help develop and organize the workshop. The plan was both ambitious and brilliant.

In March of 2020, this team was able to offer interested tribes a three-day workshop at the Las Vegas Paiute Golf Resort in Nevada, with expenses associated with the workshop covered by the BIA. Four Nevada tribes were able to attend: Confederated Tribes of the Goshute Reservation; Fallon Paiute-Shoshone Tribe; Moapa Band of Paiute Indians; and Walker River Paiute Tribe. The workshop was a tremendous success. The Reno-Sparks Indian Colony THPO lent tremendous insight; the BIA Western Region archaeologist discussed compliance from a federal perspective; and the BIA THPO program manager shared her knowledge of the ins and outs of the THPO application process. Logan Simpson tied all the pieces together. The BIA’s genius was not in putting together a class, per se, but in arranging a supportive environment where tribes could complete their THPO application while attending, getting all the help they needed from experts in the field.

In the short time since the workshop, the Director of the NPS signed Tribal Historic Preservation Agreements with two of the tribes so that they could assume certain THPO duties on their tribal lands in Nevada. The NPS has now entered into 200 THPO agreements nationwide, which is an exciting milestone for the Tribal Historic Preservation Program. Word of our success in Nevada is spreading and the team is getting calls from other tribes that are interested in participating in the next workshop. Logan Simpson is proud to be a part of this unprecedented effort, and we look forward to showcasing our continued commitment to tribal sovereignty and resource preservation.