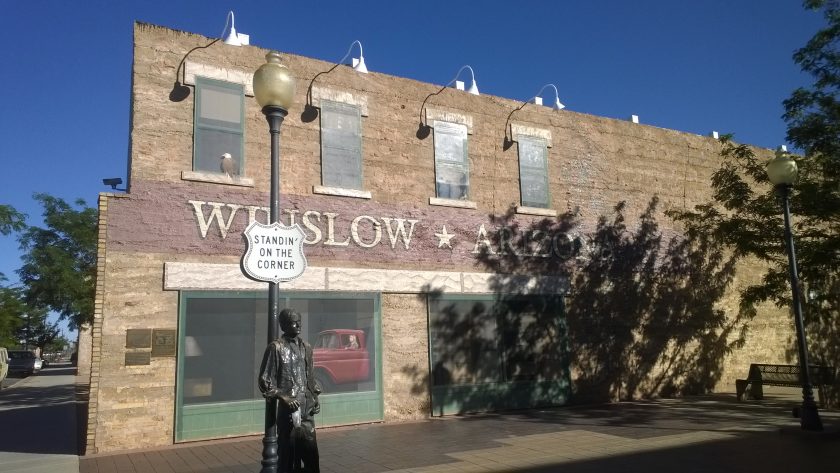 Standin’ on the Corner Park, Performance Plaza, and Downtown Streetscape

Thirty years after Interstate 40 bypassed historic Route 66 through Winslow, Arizona, the town took on a project to restore the historic character of its downtown core, which is largely defined by its relationship to the roadway. Improvements included Standin’ on the Corner Park, named for the Eagles song “Take it Easy,” which includes the lyrics “I’m standin’ on the corner in Winslow, Arizona/And such a fine sight to see/It’s a girl, my lord, in a flatbed Ford/Slowin’ down to take a look at me.” Under a Transportation Enhancement grant, Logan Simpson designed the park, an ADA accessible performance stage using historic car front ends as for lighting, a stage cover, and provided theming and streetscape design for the sidewalk trellis, perimeter sidewalk areas, including landscape, accent paving, and street furnishings.