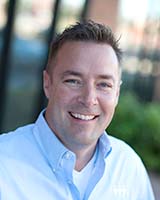 Like many who read the story and saw the second grade class photo at Herbert Spencer Elementary in New Westminster, B.C, I was heartbroken by the separation of 7-year old Miles Ambridge (far right) from the rest of his classmates.

With a huge grin on his face, Miles, diagnosed with spinal muscular atrophy, is leaning as far as he can just to feel like a part of the group. And though the photographer did not  deliberately separate Miles from his classmates, there’s no doubt that with a little more consideration and a little more understanding, the photographer and teacher could have avoided the hurtful mistake altogether.

To me, a landscape designer at Logan Simpson Design, a landscape architecture firm, Miles’s story serves as an example and as a constant reminder: a little conscientiousness can mean a whole lot. In my line of work, Miles’s story exemplifies the need to be all the more aware of integrating universal access into each and every one of our LSD site designs.

The 2010 Americans with Disability Act (ADA) Standards for Accessible Design, published by the Department of Justice, is a key document constantly referred to by our landscape architecture firm and enforced by both state and local government. The 275-page document lays out the minimum requirements (surrounding ramps, curbs, and entryways) for newly designed or renovated state and local government facilities, public accommodations, and commercial facilities.

The typical accessible ramp we see at schools, parks, and shopping centers may meet the minimum ADA design requirements, but the ramp and the steps are, unfortunately, just as separated as Miles is from his classmates in the picture.

LSD is currently working with a design team led by DWL Architects to renovate the Falcon Field Airport Terminal in Mesa, Arizona. We believe that the new design of the entry should blend an accessible ramp into the site (instead of merely beside it) making ramp access feel just as integral to the design as the rest of the pedestrian circulation.

This plan view is our proposed entry concept. Because the distance from the parking lot to the building lends itself to a more extended, gradual slope, we’ll be able to spread the slope of the ramp over a much greater area, thus reducing the gradient of the slope and eliminating the ADA requirement for a safety railing. This permits us to visually transform the ramp access into an attractive general walkway which stretches through the new landscape- meaning that even though there is a direct entry walkway, our new universal design concept will  reduce the hierarchy between walkways.

Additionally, by incorporating a flag pole, a bench, and other various destinations, the accessible route will attract all users to the walkway – thus breaking down the physical barrier and allowing all users to interact with the landscape in the same, inclusive way.