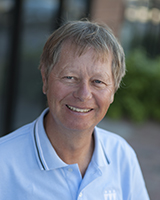 Originally, the property was the city’s first cemetery, with the first burial occurring in 1871, ten years before the city was officially incorporated. No written records were kept of the number or location of graves, and eventually the cemetery became derelict. It was then that a local newspaper editor noted, “lying as it does, right at the door of our beautiful city, and in the most irregular, dilapidated and disgraceful condition, it cannot but have a disgusting effect from every stranger who comes into town as well as a deleterious effect on those who are compelled to dwell in the immediate vicinity of the ‘boneyard’ it is; it is a disgrace to the term to denominate it a cemetery” (Phoenix Herald 1884). The town council agreed; they resolved to move the cemetery, and between 1884 and 1885, the remains were exhumed and reburied in what is now the Pioneer & Military Memorial Park.

However, despite the town’s best efforts, several burials remained. Construction for the foundations of the West End School revealed several graves in 1888, and an additional grave was found in 1935 near Sixth Avenue and Madison Street when a coffin made with hand-made nails was exposed.

The cemetery excavations taught us that nineteenth century Phoenicians followed the Victorian emphasis on publicly visible mortuary rituals and displays.  However, the frontier setting of 1871–1885 included highly mobile families who sometimes left the remains of their loved ones in graves that were not always marked or well-maintained. Thus, when the graves were moved in 1884–1885, several burials were missed.

Logan Simpson Design also found sections of an early twentieth-century railroad alignment near an alley that would have serviced warehouses, if the railroad had been finished. Newspaper accounts suggest the railroad company responsible for constructing the tracks was unable to meet right-of-way requirements established by the town council and never operated a single train, but we discovered railroad ties, hardware, and ballast for a railroad grade that demonstrates segments of the railroad were, in fact, constructed.

To read more about our historic archaeology projects and experience documenting historic period resources, visit us today at https://logansimpson.com/.